The concept behind “Second Life” explained by DRAGONHAMMER 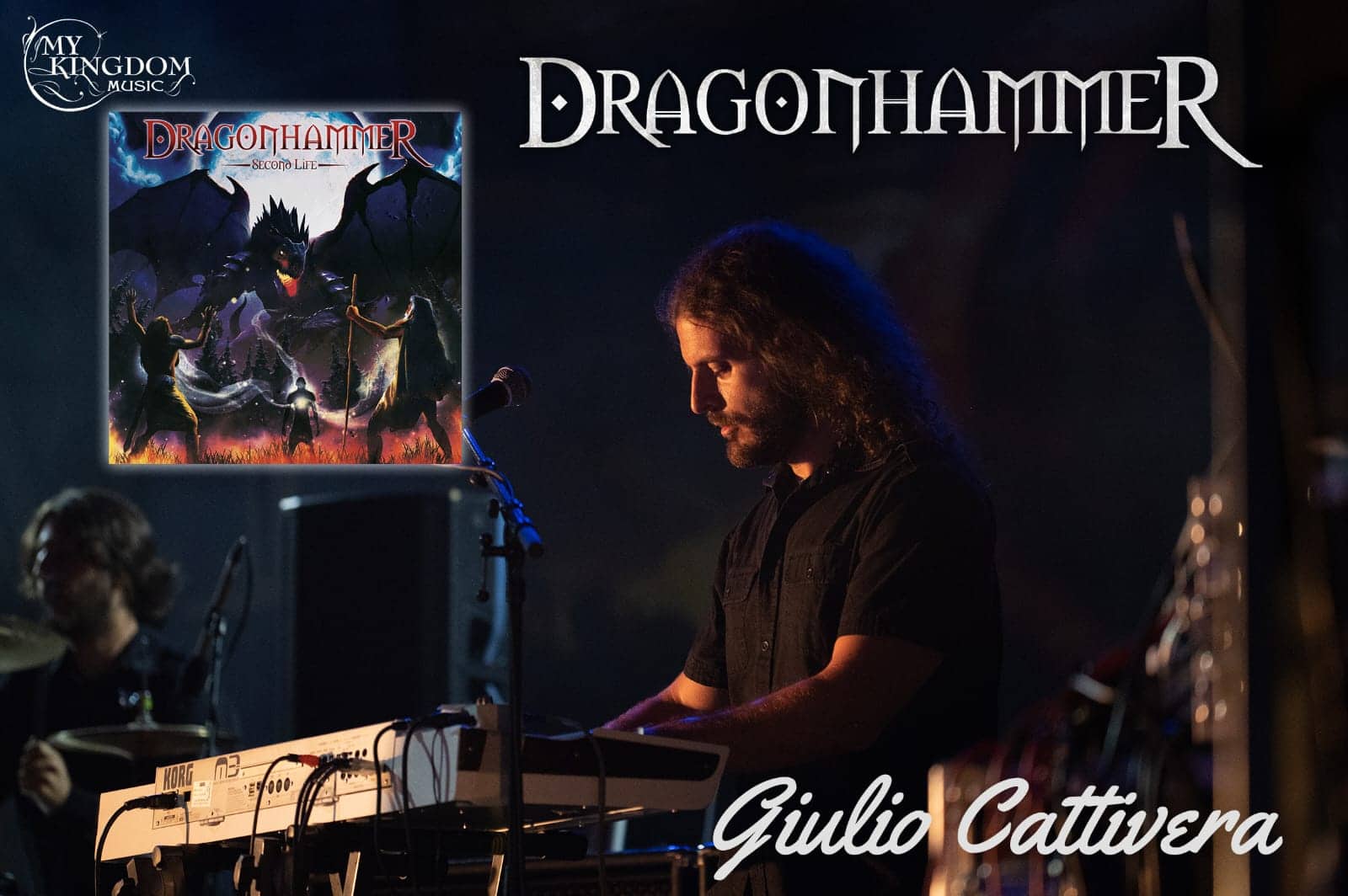 The new album “Second Life” realized by DRAGONHAMMER and out on November 4th via My Kingdom Music hides an interesting concept that keyboards player Giulio Cattivera explains to us in detail: “Second Life is a story that concerns us all. The goal I had set for this album was to tell the most important phases of life. The main character, song by song, will allow the listener to identify with his story.
It happens to everyone -probably- to experience a moment where we feel oppressed, perhaps by a life imposed by others, which is not the right one. A moment that kills and demotivates us and lets us slip into a kind of torpor from which we can only awake by stopping lying to ourselves. But life is a constant challenge and to follow ‘our path’ we can find ourselves facing critical situations, re-evaluating our loved ones and asking ourselves if what surrounds us is really what we want. There are also, during our journey, events that change our existence: the loss of someone or the risk of losing ourselves, for example.
At a certain point, we understand how we have lived until now, what values our existence has and how we want to lead it to the end. When we realize this, we are reborn in a second life.
I wanted to set the story in a historical period of the past, because the thoughts of the people of yesterday are also ours, the feelings and emotions have no time and this is what all men of any era have in common.
This is “Second Life”: an album that talks about that moment in which we are granted a second chance and become aware of what is really important. A story that unites all of us as men, but also DRAGONHAMMER as a band: the three people on the cover depict the main character in his three life stages that empathically connect to the dragon, the essence of the band.
Inside the booklet of the album, listeners will find a message left by the protagonist, but I can’t reveal anything else! Listening to the songs, you will understand all the phases of this story”.