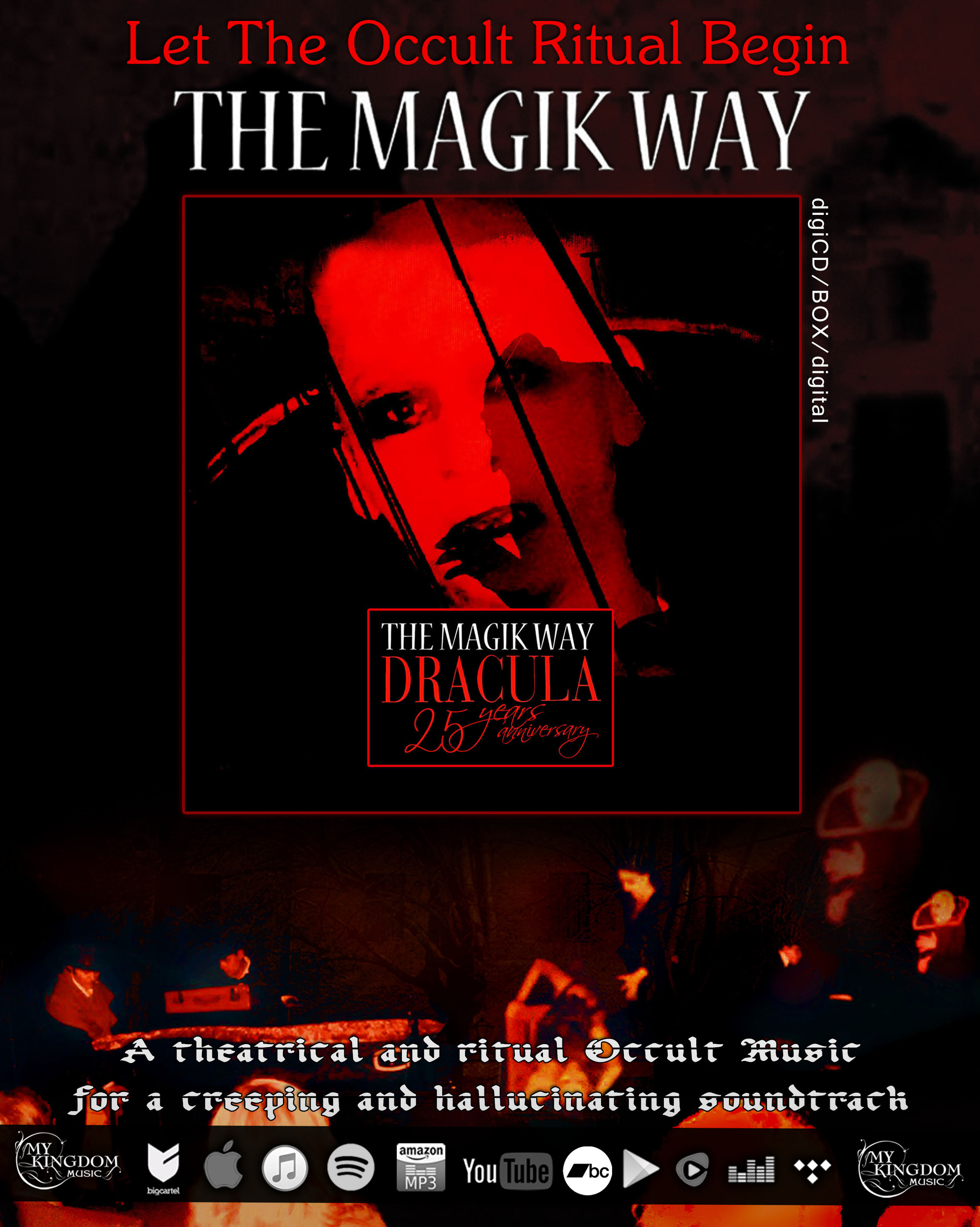 It was July 17th, 1997 when THE MAGIK WAY played live the soundtrack for a theatrical show titled “Dracula” directed by Hermes Beltrame (Teatro degli Specchi) which took place at the Pomaro Monferrato Castle near Alessandria. Now, exactly 25 years later, THE MAGIK WAY open the doors of oblivion to that opera and celebrate the 25th anniversary of that musical experience releasing it and showing the sound of the band as it appeared in those years for what can be considered the first work to have impressed THE MAGIK WAY brand.