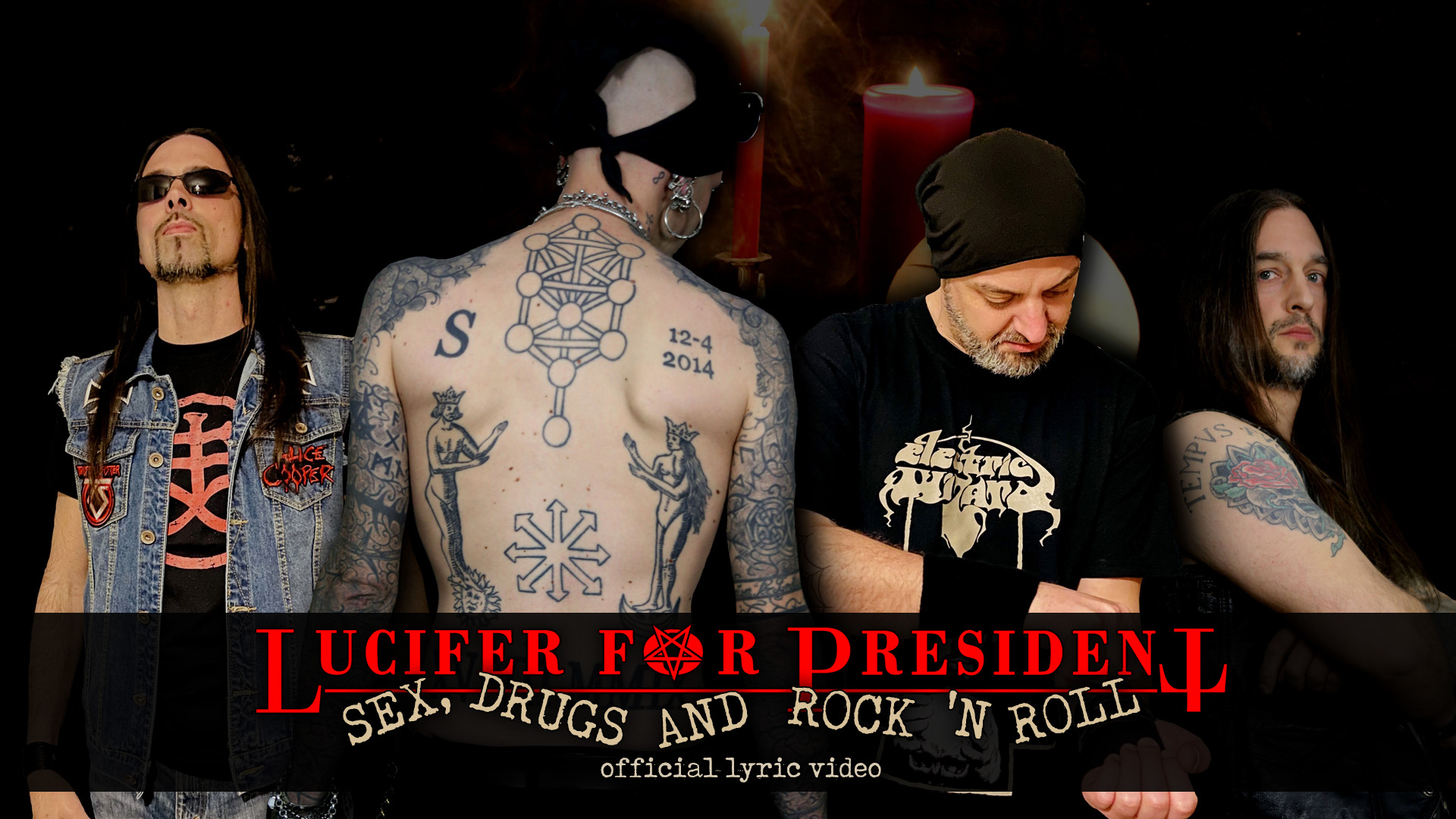 Veneto region, Italy-based iconoclastic Rockers LUCIFER FOR PRESIDENT have released the first single and video “Sex, Drugs And Rock ‘n Roll”. The song is taken from band’s debut album “Asylum”, which is due on November 5 and the lyric video created by Andrea Mantelli is available at https://youtu.be/8WS9-jq7YII

LUCIFER FOR PRESIDENT is a vision and “Asylum” their aesthetic manifesto.
Stay Rock! Hail Lucifer!