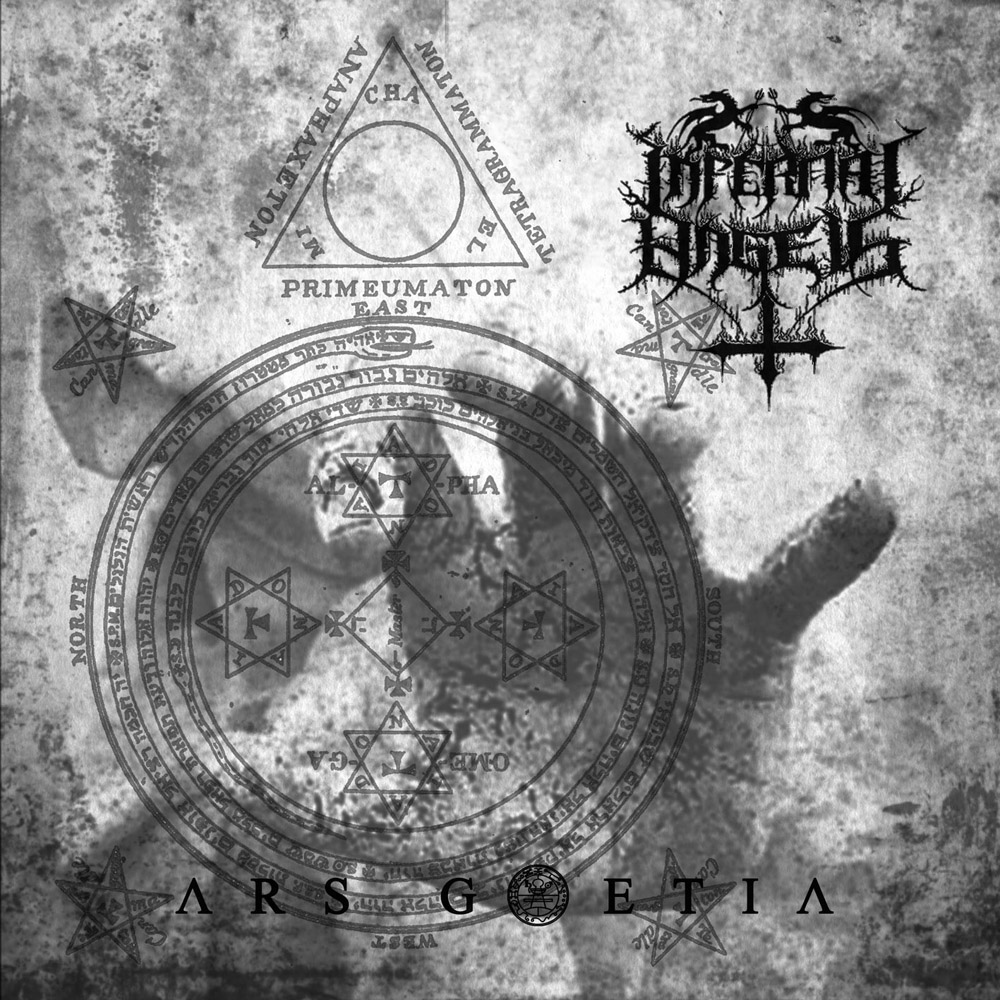 After three years of wait, INFERNAL ANGELS‘ 4th full-length album “Ars Goetia” is ready to be released on January 20th, 2017, and it offers a band at its apex.
With “Ars Goetia”, their tribute to the Kings Of Hell, they come back on My Kingdom Music for their most obscure and intransigent album, a Black Death Metal vortex, a must for all fans of Dark Funeral, Belphegor, Mor Dagor, Mgla.

Here are the cover realised by band’s guitarist Apsychos and the official tracklist:
1. Amdusias: The Sound Of Hell
2. Vine: Destroyer Of The World
3. Asmoday: The Impure Archangel
4. Purson: Matter And Spirit
5. Bael: The Fire Devour Their Flesh
6. Paimon: The Secret Of Mind
7. Balam: Under Light And Torment
8. Zagan: The Alchemist
9. Belial: The Deceiver
10. Beleth: Lord Of Chaos And Spirals

Special guests of the album will be 3 great characters of the Italian scene, Mancan from ECNEPHIAS, Lorenzo Sassi from FROSTMOON ECLIPSE and Snarl from BLACK FAITH who give to some songs new obscure facets and atmospheres.