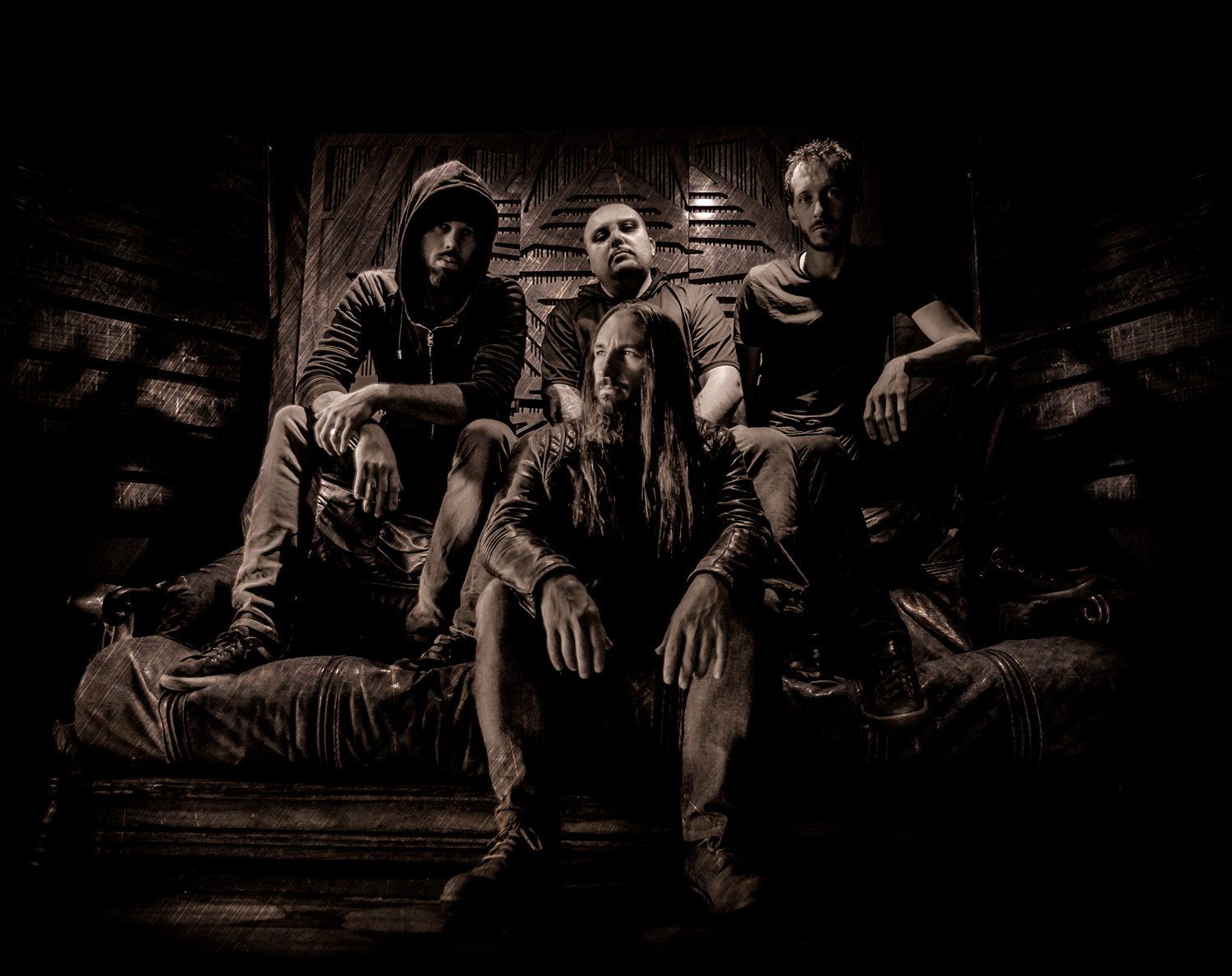 My Kingdom Music is pleased to announce the signing of the Post Apocalyptic Doom Metal force DEMANDE À LA POUSSIÈRE. The new album of the French act will see the light of day under the banner of My Kingdom Music in the next spring.

DEMANDE À LA POUSSIÈRE is formed by well-known French artists coming from a variety of musical backgrounds, from Black Metal to Hardcore, from Avantgarde Metal to Doom (Neil Leveugle on bass from WÜRM, the great producer and Lower Tones Place Studio’s owner Edgard Chevallier on guitars, Vincent Baglin from MOSHI-MOSHI on drums and Christophe Denhez on vocals and guitars already member of OMRÅDE and OPHE).

The music is, as you can expect, brilliantly diverse and intense as the debut album already showed. The new album will overwhelm you with its thick, sludgy and groove-laden guitar lines, will upset you with its vicious and intense vocals, it will annihilate your nervous system with an absolutely obsessive rhythmic section at the limit of paranoia.

Their album is expected to be one of the “the next big things” within the Apocalyptic and Post Metal movement, and, without hyperbole, it will be one of the albums you cannot give up