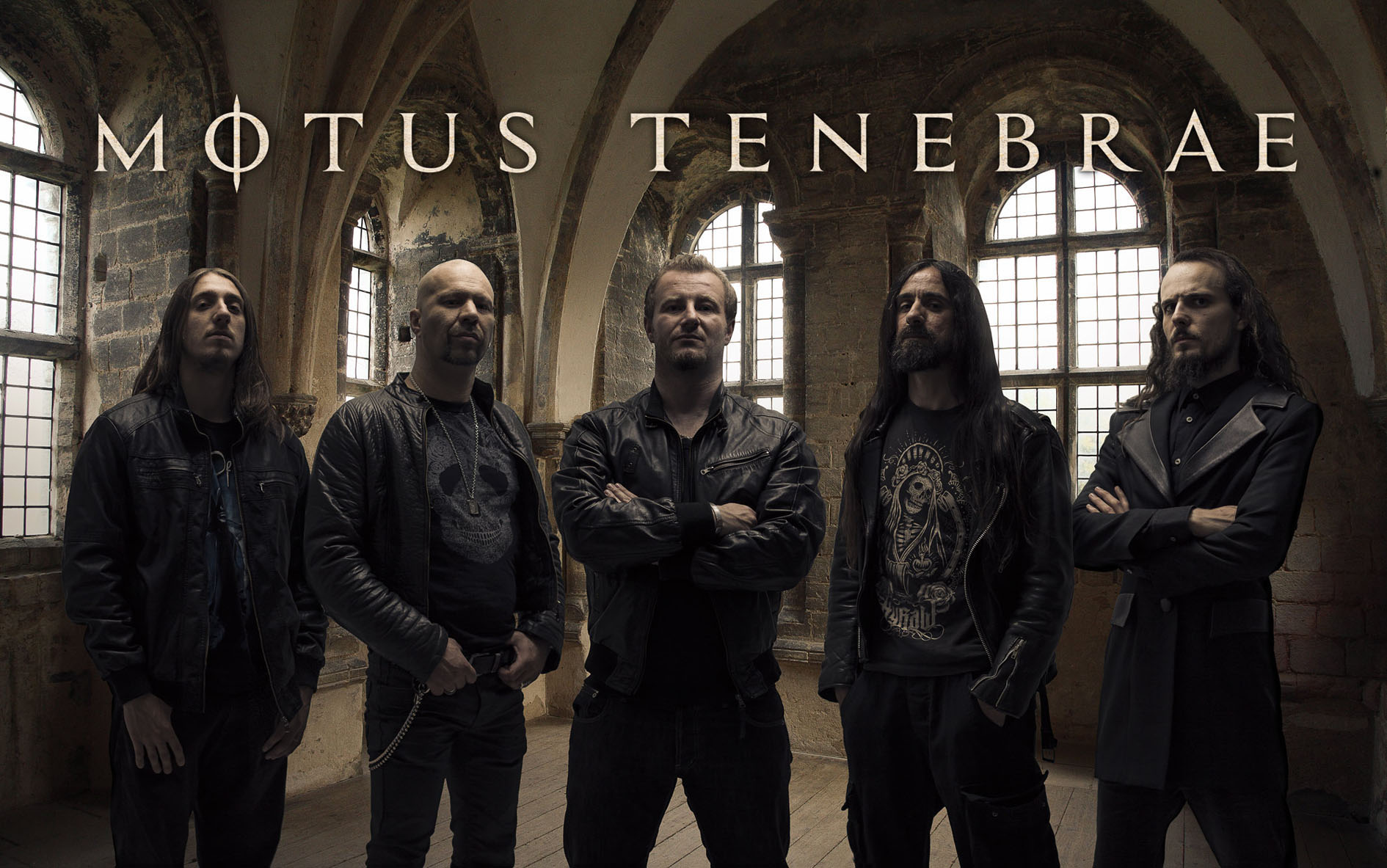 Band’s new album, titled “Deathrising”, the fifth of their by now 15 years career, successor to “Double Black”, is currently at the last steps with the mastering stage and is expected to be released in January 2016 strong of its 11 tracks for more than 50 minutes of obscure and emotional Gothic Doom Metal.

The band continues to push their vision of characteristic dark music to the next level and now with the return of the historic singer Luis McFadden, is ready to push themselves to a wider and international audience.
On the new deal and forthcoming effort, Andreas Das Cox (bass) commented: “Our new album “Deathrising” signs Luis’ return on vocals and it will present the most obscure, powerful and mature music ever released by Motus Tenebrae. It’s an output characterized by a great and upsetting riffing and with a strong dose of emotions and pathos as we used to be… we expect with “Deathrising” very important events supported and proud to be part of a great label like My Kingdom Music is”.