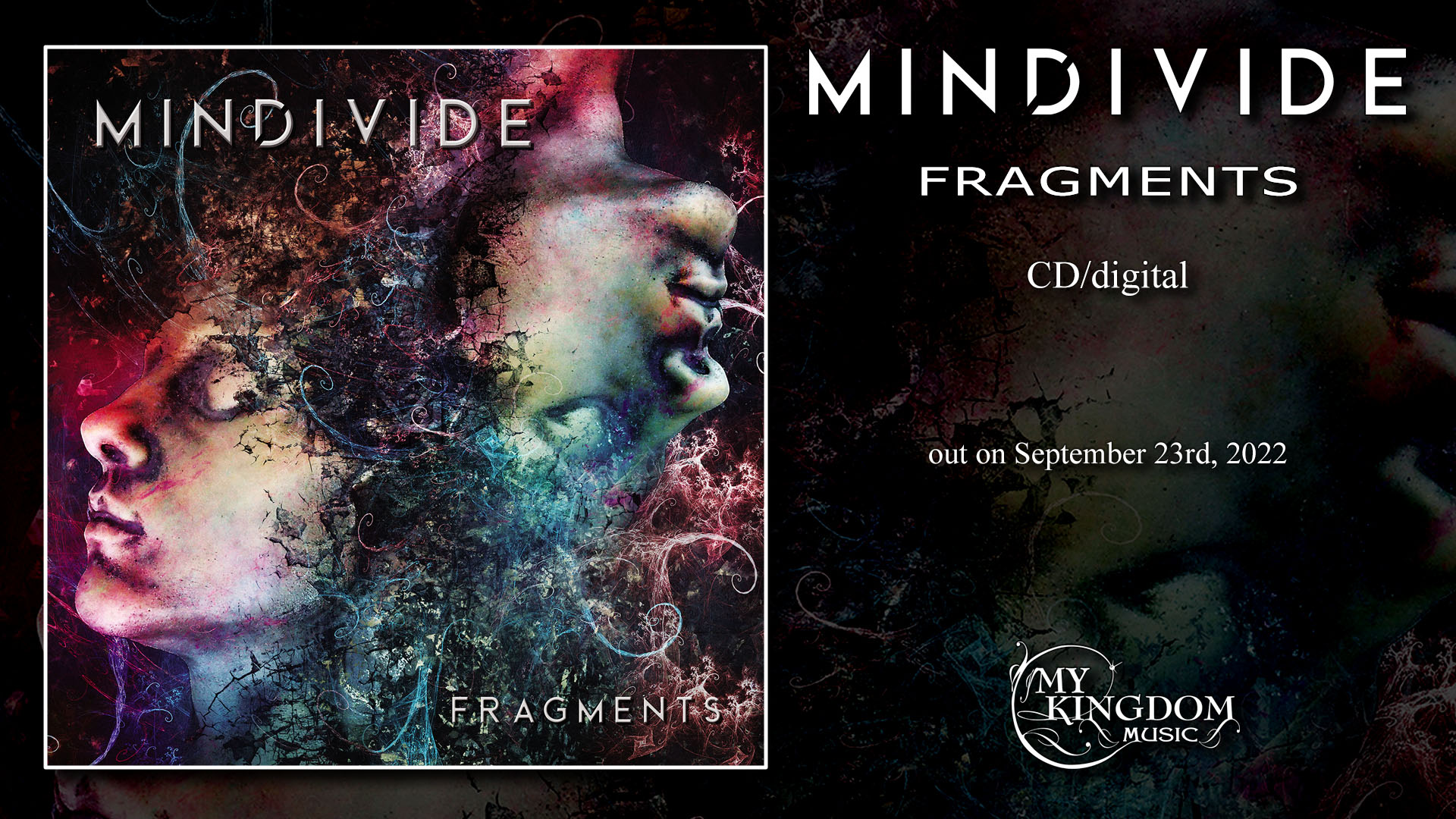 MINDIVIDE share a video featuring snippets from all the tracks that’ll be on their debut album “Fragments”.

You can check it out on YouTube at: https://youtu.be/hqbcTHCQgKI

Here is also an explanation track by track presented by the singer Rosanna Taormina who permits us to know some aspects that are behind this important project.

Track by track described by Rosanna Taormina:
– “Fragment 28” is about reconstruction, recognizing failures, abandoning lethal religious habits and starting over.
– “Skull” deals with the blameless role of soldiers in wars, in general. Their obligation to become assassins and deserve the damnation of their souls. Facing death powerless and hopeless. Waiting for peace, after having paid for their guiltless sins. These two songs are dramatically actual these days.
– “At Your Whim” is a love song, in its own way. A perfect love destroyed by its own perfection. People don’t always understand the blessing of sharing their lives with brilliant, talented partners. They need to stand out and prevail, even though they don’t have any talent. Just a complex of inferiority that leads to a definitive break. “Poor little man” (or woman).
– “D.I.D.” is based on a minor character in an almost famous Story/Movie/Serie, that I won’t mention. It’s the story of a cruelly abused woman soldier who developed a dissociative identity disorder, to survive and take back control of her life, and more than this, to be a winner. She became a professional killer, but sometimes “her other self” comes out trying to interfere with the killings and save her soul.
– “Reign of Mediocrity” is the manifesto of wasted talents, of brilliant, fucking genial artists, of their frustration and their need to abandon the ruling mediocrity, to feel alive. They don’t belong down here in this reign of white collars.
– “Children of Nonsense” poses the problem of the adaptation strategy of young people to a world of nonsense. A world of empty, meaningless prosperity.
– “Timeless Spaces”, in contrast with “Reign of Mediocrity” is about accepting compromises and, more than this, embracing the dirty path of fulfilling ambitions. The dangerous attempt to run after some giants of an obscure, criminal world.
– “Beauty Insane” is the natural evolution of DID: mental insanity that finds its way out. Out of pharmacological control, out of cells, back into the world. I was thinking about how easily women in the 19th/20th century used to be locked in asylums, just at the will of bored husbands.
– “Home” depicts the “abused souls” scenario of the album. It deals with domestic violence, all sorts of it. Physical or verbal, violence disfigures the mind of a growing child as well as that of an adult, letting them believe that pain is part of life, something to accept because of love. I mentioned Jobe from the Bible and his love for a God who challenges him with any kind of disease and pain.
Nevertheless, each song ends well! My characters are all winners, in their own way, or I let them find peace, in the end. Maybe in a killing, but I don’t mind judging a distorted mind and its own choices, I don’t even know who actually can be defined as distorted. Maybe I could…