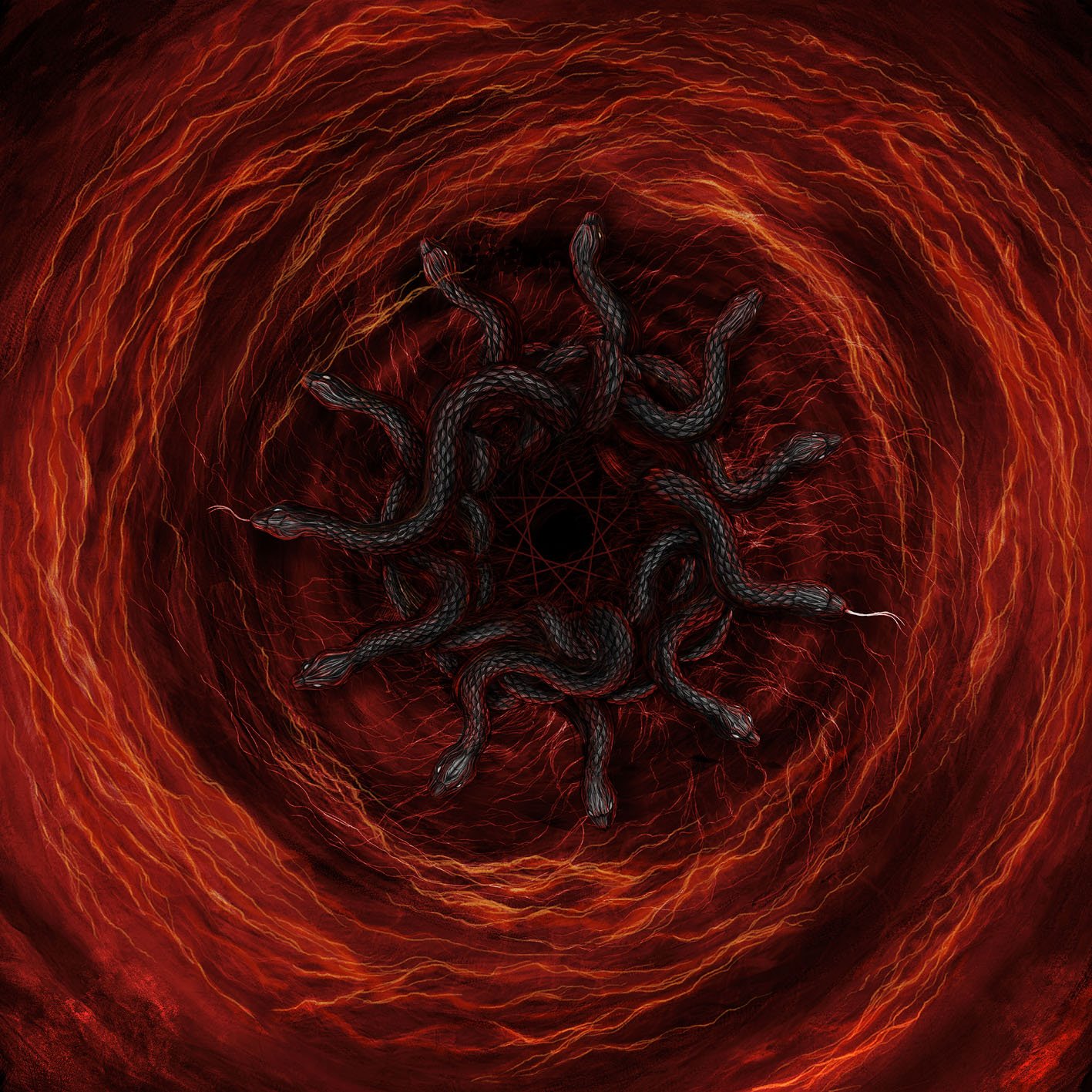 INFERNAL ANGELS created a new obscure, complex and extreme album pushing the extreme limits they created with their previous album far off standard Black Metal.
They will release the new album “Devourer Of God From The Void” on February 28th, 2020 and the vortex of esoteric sounds is well represented by the fantastic artwork that Nestor Avalos created for the album cover.
Moreover important point is the crucial contribution offered by great special guests such as Hellhound from Ad Noctem Funeriis/Vajass and Discissus from Necandi Homines

This is “Devourer Of God From The Void” complete tracklist, 11 jewels for a great esoteric spiritual journey: 1. The Light Of Lucifer – 2. The Eternal Fire Of Golachab – 3. From The Throne Of Thaumiel – 4. Those Who Go Forth Into The Empty Place Of God – 5. Ancient Serpent Of Chaos – 6. Thagirion – Sol Niger (feat. Hellhound) – 7. Devourer Of God From The Void – 8. The Corrosive One – 9. Far From The Light Of God – 10. Empress Of Sitra Achra – 11. The Foremost Among The Eleven (feat. Discissus)