HELFIR on tour with ORPHANED LAND 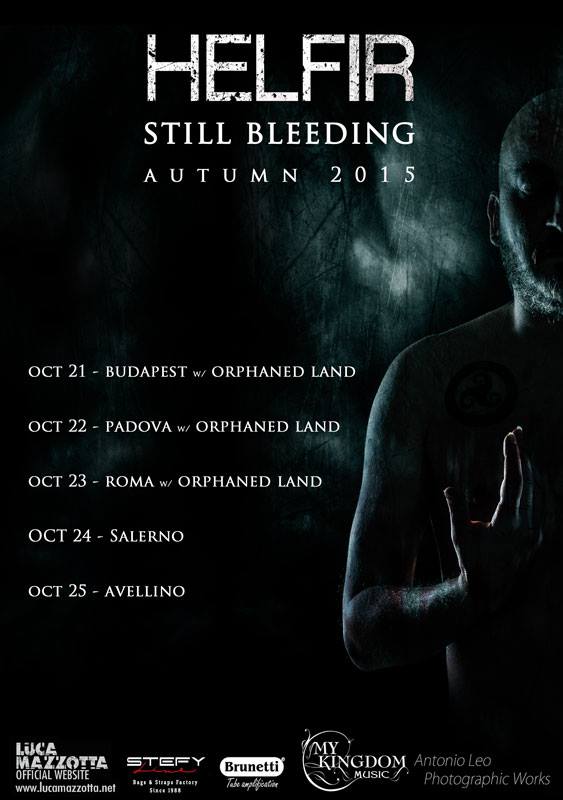 I’m honoured to announce that HELFIR will play as support act for the last three ORPHANED LAND shows (Budapest, Padova, Rome) of their European tour on October 21st, 22nd, 23rd 2015.
HELFIR’s tour will continue in Italy with other two shows as headliner in Salerno and Avellino.
During the shows Luca Mazzotta, mastermind of the band, will present an unplugged set with songs from the debut album “Still Bleeding” released by My Kingdom Music and Pink Floyd, Katatonia, Anathema cover songs