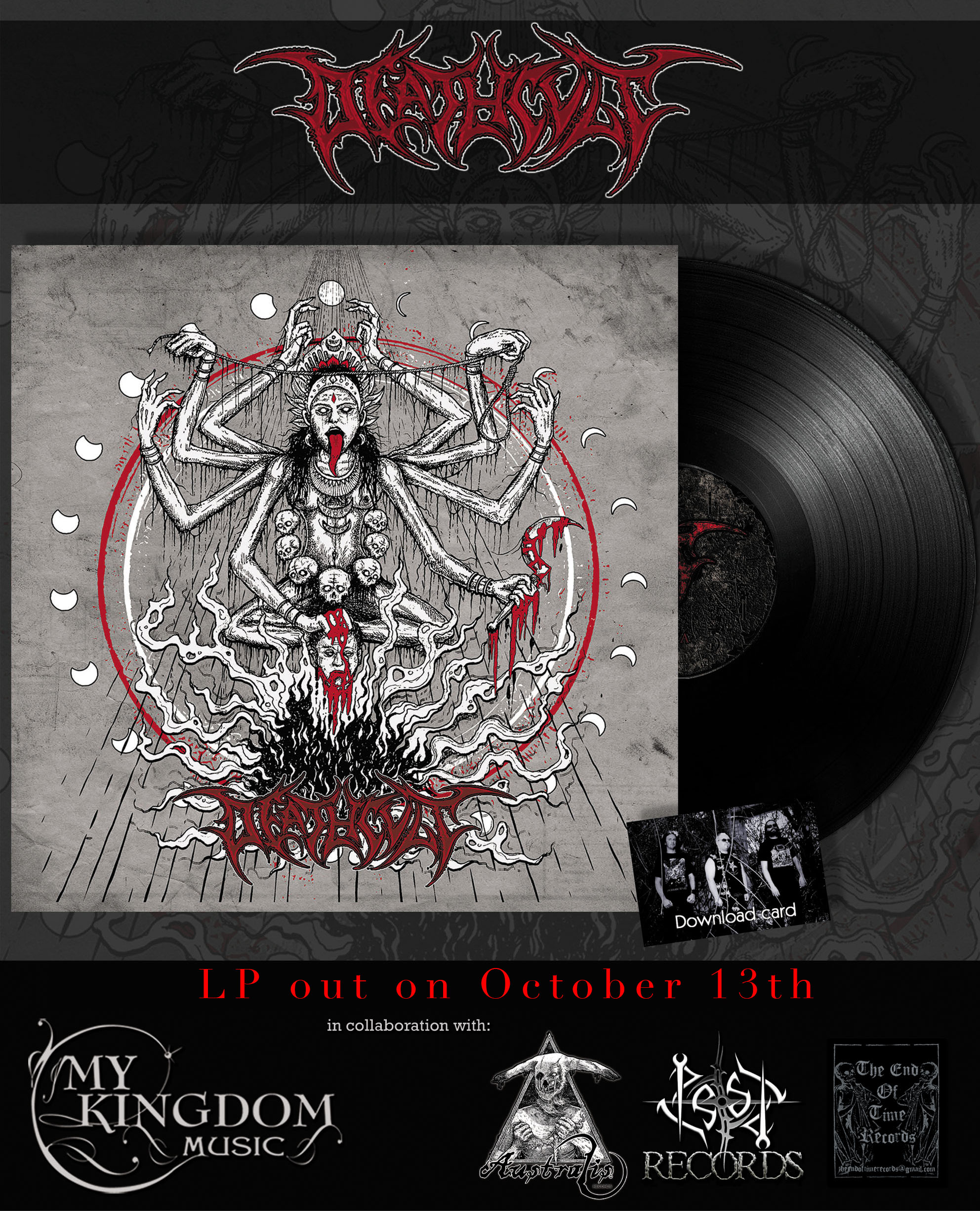 Previously scheduled for this summer, we decided to release the debut album of the Italian Death Blacksters DEATHCVLT on October also because we have reached an agreement with other partners which will permit us to have a strong world-wide distribution. Simply titled “Deathcvlt”, the album features artwork created by Riv of Aggrezzor Production, while the official logo is made by legend Christophe Szpajdel, and will be released on October 13th, 2021 via My Kingdom Music in collaboration with Australis Records (Chile), Pest Records (Romania) and The End Of Time Records (Ireland) only on vinyl format to save the old essence of their music because the old ways are still the strongest!

You can pre-order at: http://smarturl.it/CVLT-LP