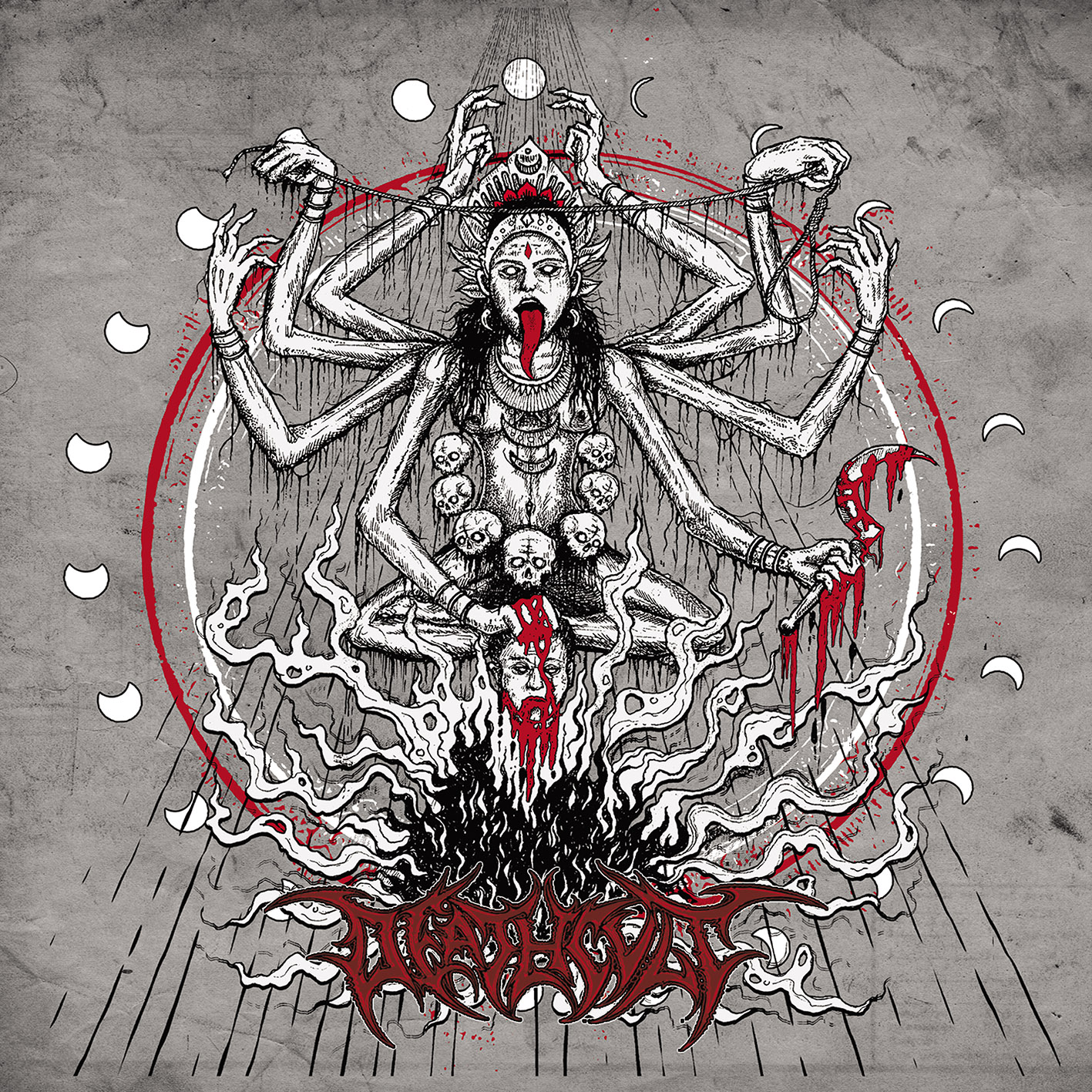 After finishing the recordings for their debut album, Italian Death Blacksters DEATHCVLT have now revealed its first details. Simply titled “Deathcvlt”, the album features artwork created by Riv of Aggrezzor Production, while the official logo is made by legend Christophe Szpajdel. It will be released on July 16th, 2021 via My Kingdom Music on vinyl format only to save the old essence of their music and you can pre-order at: http://smarturl.it/CVLT-LP
Feast your eyes on the cover and check out the tracklist of the LP that is:
[Side A]: 1. Deathcvlt – 2. Santa Muerte – 3. Eternal Darkness – 4. Inanis
[Side B]: 1. Dust Of Sacral Soul (Dark Mother Kali-Ma) – 2. The Sign Of Death (Malak Al-Mawlt) – 3. Damnation And Suffering – 4. Blackned Kiss

Mastermind Xes adds: “The concept of the album is inextricably linked to Death and to the vision of it in the various cultures of the world expressed through the 8 tracks of the album. In the cover artwork we depict the goddess Kālī, in her most destructive and violent representation with a necklace of human skulls and with all the symbolism that always accompanies her in the elevation from the manifest world towards the darkest aspects of the cosmos and of the divine, aspects that the human being tends to suppress like the fear of Death”.

The band formed by XeS, voice of Black Metal masters INFERNAL ANGELS, Ulag from OSSELITION on guitars and bass and Bestia on drums from the same INFERNAL ANGELS are ready to burn the stages in the next autumn.