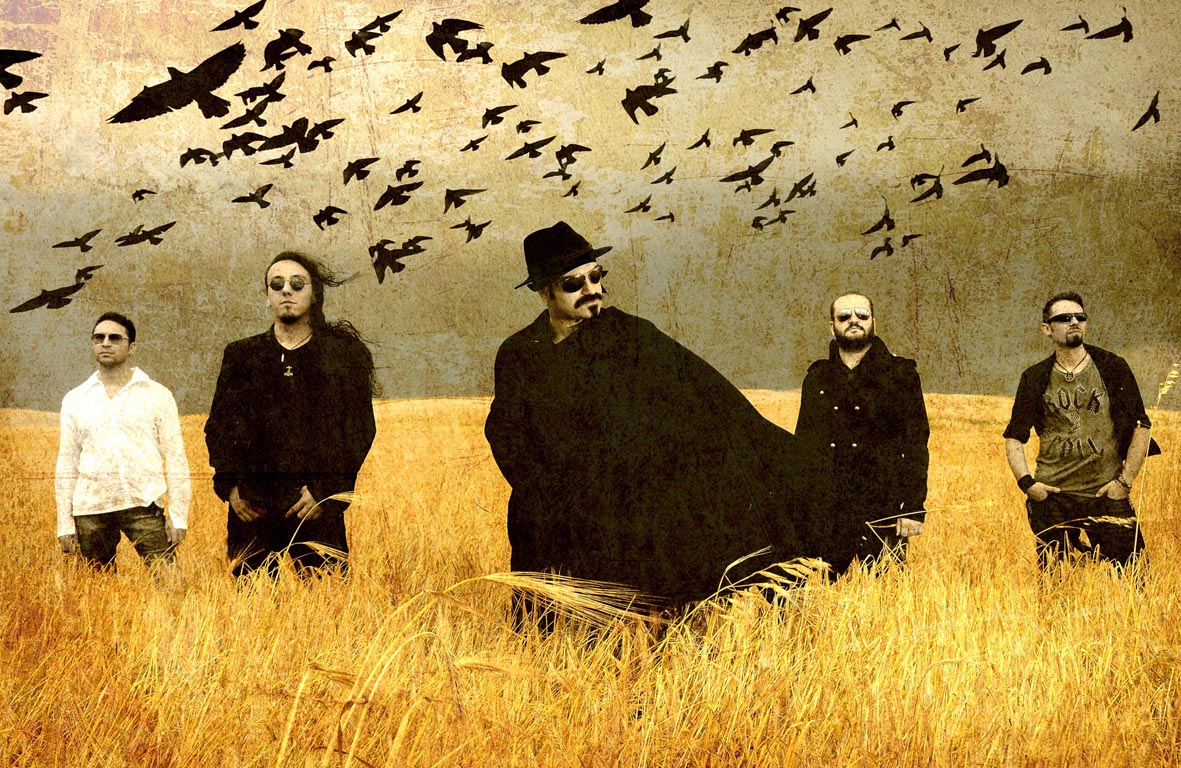 Bio: Ecnephias is an Italian extreme occult metal band born in Potenza, Italy, in 1996 thanks to frontman vocalist/guitarist Mancan, but the first work was released only in 2005. As of today, the band’s releases are 2005 demo “November”, 2007 full-length “Dominium Noctis”, 2008 EP “Haereticus”, 2010 full-length “Ways Of Descention”, 2011 full-length “Inferno”, 2012 CD compilation “Cold Winds From Beyond” and 2013 full-length “Necrogod” with Sakis (Rotting Christ) as guest and gained the band esteem in the scene.
The year 2015 means a lot to the band: it is the first anniversary that celebrates 10 years from the first ECNEPHIAS’ release. For the event the band will release “Ecnephias” that is the 5th full-length album and the third act in a “trilogy” that began with “Inferno” and continued with “Necrogod”. My Kingdom Music captured the great essence and potentialities of this band and offered them a contract. The band signed it and now we are going to release “Ecnephias” in February 2015.