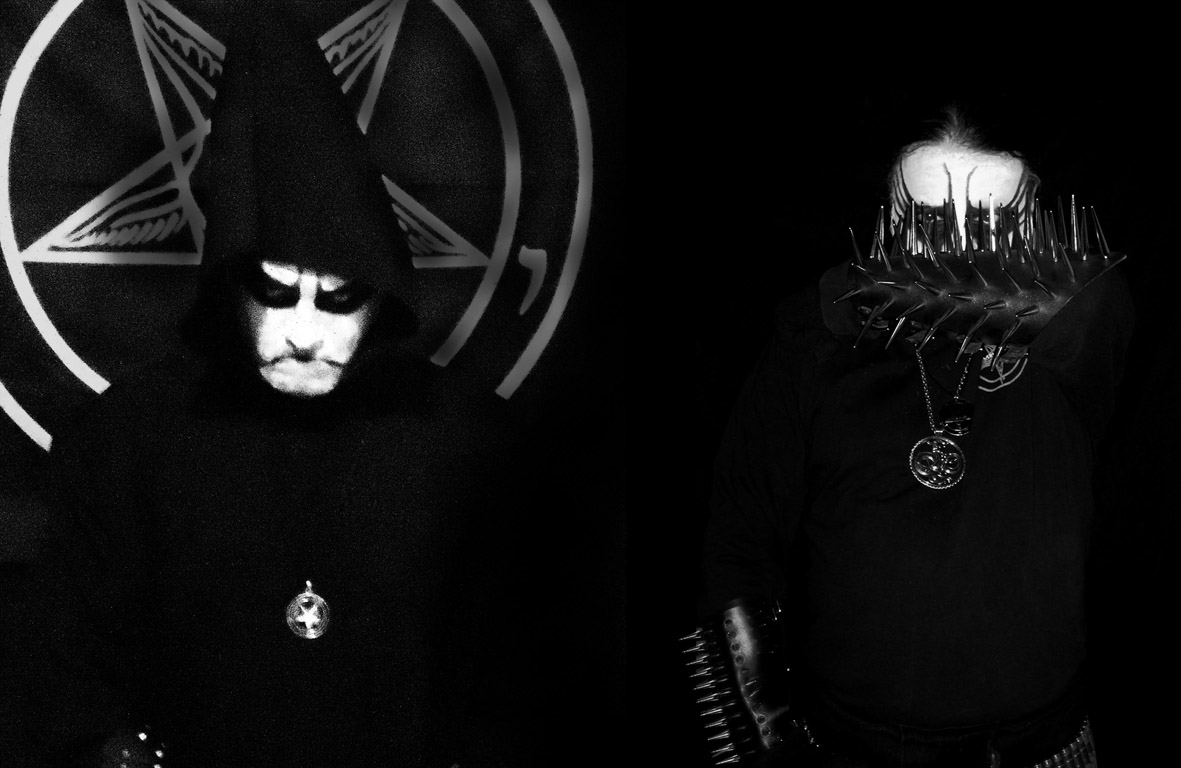 Bio: The nihilist Italic black metal band APOLOKIA was forged and cursed in 1994, under an infernal covenant over the high and icecold mountains of Gran Sasso, Italy.
The main figure behind,was leading musician and mastermind BLACKFROST (ex NORDAVIND,ex NOSTALGYA, ex IN NOMINE, ex GEIST RITUS, ex GASZIMMER, PANZERFAUST STUDIO). With the use of some session members, the band, just after six months, entered studio, releasing their debut demotape “FROZEN EVOKATION” in march 1995. The debut demotape received great responses into the european black metal underground scene, but the year after, line up problems and different attitudes and ideologies gave a period of no releases, until december 1996 with the joining of VERMINAARD (ex UGLUK,ex FROM DEPTHS).
APOLOKIA started a new musical and ideological path,dealing with a more extreme and uncompromising,icecold and grim black metal sound and approach.
In april 1997, the band released their second demotape entitled ” FIELDS OF HATEFROST”, unleashing the APOLOKIA sound: unholy, fast and icecold. The second demotape soon spread the name of the band all around Italy and abroad, confirming APOLOKIA as the most controversial and hateful misanthropic black metal horde ever forged in Italy. “FIELDS OF HATEFROST” became a cult demotape back then, in a period where only APOLOKIA and three other black metal bands in Italy: DUNGEON, UGLUK and BRISEN, represented the the purest form of italic black metal art, enclosed in the so called Elitarian Circle as later mentioned in the book SUB TERRA . The band never considered the idea of being part of the italian black metal scene, taking distance from any kind of “scene”. No live concerts, no compromises in attitudes, ideologies and musical expression.
In 1999, some tracks were composed but none of them were never officially released, due to internal contrasts inside the band. Lots of labels became interested in APOLOKIA, but the band never found their deals that interesting. The Italic Black Metal Cult was crafted. The band in 2000, was put on ice, leaving to the followers just the mystery and the uncompromising music, misanthropic ideology that always has been the true APOLOKIA trademark of Elitism. Disgusted by the evolution of the modern black metal scene, BLACKFROST and VERMINAARD disappeared in the northern side of Europe, hunting the true misanthropic aeon and principles of dark isolation.

After seven years, the band was reformed in silence in 2007, no matter the distance problems between Italy and Norway. The Mcd “IMMOTA SATANI MANET” was produced by BLACKFROST in his Panzerfaust Studio in Bergen, Norway and released by the label THE OATH in 2009 as a 500 copies limited edition, featuring a special guest appearance on a vocal track by MALIGNANCY from the cult italic black metal band DUNGEON from 1991.
In 2011, the band signed a new record deal with the label MY KINGDOM MUSIC for the release of their long awaited full debut album entitled ” KATHAARIAN VORTEX “, entirely produced by the malevolent creativity of BLACKFROST, and supposed to be released on february 11st 2013. The debut will be also released as a limited edition vinyl version by the label SAD SUN MUSIC, and an old school tape edition released by BYLEC-TUM PRODUCTIONS.

The band doesn’t belong to any black metal scene.
APOLOKIA represents the pure and natural evolution of the 1992 Black Metal essence. Art, sound and attitude with no compromises in ideologies and musical expression.

WITH US OR AGAINST US 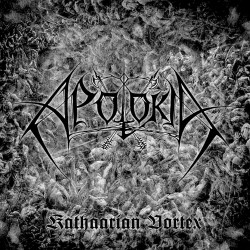 HELFIR – The Past (OFFICIAL VIDEO)